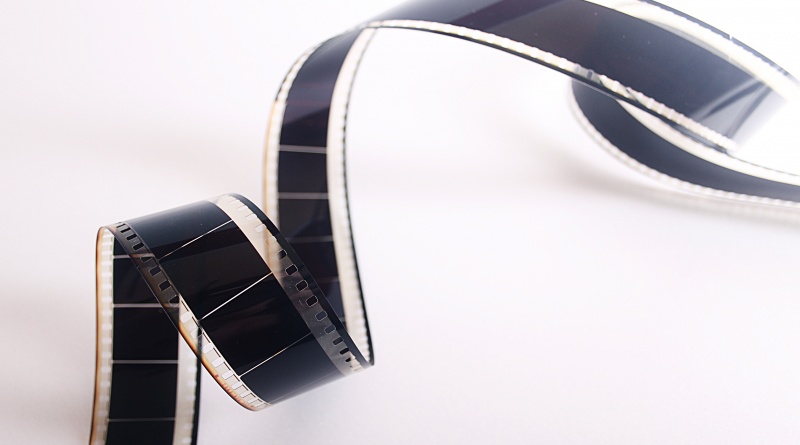 ‘The Jazz Singer’ (1927) was the first ‘talkie’, or movie with synchronised sound. However, silent movies were often played in theatres accompanied by a pianist, organist, or even an orchestra. If movies a century ago were ‘improved’ with music, no wonder composers today are paid handsomely for their work on blockbusters.

Music heightens the mood, sets the scene, brings tension, and swells the romance of any moment in a movie. Good music writing means you should still be able to understand what the scene is about without hearing the dialogue. Some of the greatest composers of our time have produced scores to make us weep, make us laugh, and make us absolutely terrified! Which is your favourite movie moment?

Not many people can hear that robotic march opening – Dada Dah DaDaaah – and not be terrified! In the first movie of ‘The Terminator’ series, that harrowing rhythm isn’t heard clearly until halfway into the track. It is accompanied by a metallic percussive clang, AND IT DOESN’T RELENT from that moment – Scary stuff. Much of the orchestration is actually synthesised versions of your favourite instruments. This enhances the futuristic, mechanical undertones you’re hearing. Fiedel is also well known for his horror genre scores.

It’s not often that you hear of original movie scores being bootlegged. Apparently, Silvestri’s entire score was indeed released on an unauthorised CD. Fortunately for fans of the movie, there is a full and legitimate release of Silvestri’s work. The film has become one of the world’s most popular movies of all time, so no wonder Alan Silvestri’s score has become so celebrated. From tender moments with just the strings to the full orchestral blast of the titles, your ears are in for a treat here. Alan Silvestri is perhaps one of the best-known movie music composers for family movies.

‘Titles’ is one of the most used and parodied movie music tracks of all times. It famously accompanies the runners through their gruelling race and aims for the finish line with a number of unusual instrument choices. Vangelis is perhaps best known for his electronic instrumentation and progressive musical style. The slow build through the instrument introductions is simply brilliant, cleverly depicting the disciplined pacing of the runners. The texture of the piece thickens and thickens, imagining the crowd of participants and onlookers. Yet it is that victorious moment that we love the most when the top octaves finally sing out.

Newman’s piano-led signature track of the same name is quite evocative especially in its use on screen. Thomas Newman earned a Grammy and a BAFTA for his score for this darkly complex and sensitive story. This particular track is used in the movie more than once. Each reprisal seems to evoke a completely different meaning and emotion. Several tracks from this award winning soundtrack have been sampled and developed for pop songs, including Jakatta’s ‘American Dream’ and Synkro’s ‘Tell Me.’

Horner’s score for this movie was extensive, full of themes, and effective music to highlight the fear and drama of the scene. Kubrick’s ‘Space Odyssey’ might have made the perfect template for this movie. It is thought the musical references to the ‘Gayane’ ballet suite by Aram Khachaturian were a salute to this cinematic giant. The moment the ‘Aliens Emerge’ is perhaps the one where most of us would jump from our seats. Powerful stuff, despite the difficulties in production.

The soundtrack for this movie quite rightly stole the Academy Awards for 2001. East meets West with no need for translation. The sounds of the instruments and the high adrenaline rhythms perfectly accompanied the amazing cinematography and incredible choreography on screen. Not a dull moment, even in the stillness of the landscape depicted in the movie. Perfectly timed, and beautifully crafted. Tun’s music was full of sounds that begged the ear to pay attention. Perhaps, though, it was the crying sound of the Cello that stuck for this soundtrack. ‘Through The Bamboo Forest’ was a particularly effective piece for the scene.

It is the theme to this movie that is perhaps the most memorable of all. Baaah – bah hah bah baaaah, Ba Ba Baaah. A simple yet wholly effective rhythmic motif that is instantly identifiable. The crescendo in the horns leading to that peak that sounds like they’re rejoicing ‘Su–per-man‘ is just the start. On the screen stands the late Christopher Reeve, chest puffed out and cape flapping behind him – the hero shot. Williams’ score made his audience believe that Reeve was the “Man of Steel.” Horns and strings in unison an octave apart cement the theme and bring all the excitement of the comic books to the big screen. Of course, John Williams is perhaps the current king of movie music with few of us able to say we’ve never heard his greatest works.

The man who brought us those memorable woodwinds from ‘Citizen Kan’e also penned the moment that made every cinema-goer recoil in horror! It seems Herrmann could write amazing parts for every instrument of the orchestra. The strings shrieking out the screams of horror for Hitchcock almost typecast Herrmann as a suspense composer. Just a short time before his death in 1975, he brought the saxophone to a starring role with ‘Taxi Driver’s score. This wasn’t his first experiment with sound in movies though. He famously wrote for ‘The Day The Earth Stood Still.’

The music from the movies directed by Francis Ford Coppola was impeccably scored by this Italian composer. The score for the theme had every ingredient needed to set the mood, the tone, and the threat depicted in the movies. It had poise, grace, and an undercurrent of the dark tale about to be told. Rota was a prolific composer of movie scores, and famously produced ten in a single year. His career spanned more than four decades, and he also won several awards for his works. His strings are powerful but offer a turn of sympathy before the winds enter on this incredible theme track. A joy to hear again and again.

Despite losing out to John Barry’s ‘Dances With Wolves’ original score at the 63rd Academy Awards, this “haunting” melody brought more than a few tears to cinema-goers eyes back in the nineties. Jarre also experimented with electronic sounds toward the end of his life, but it is the sweeping sound of the orchestra that won his heart. Jarre composed all of David Lean’s scores too, including ‘Lawrence of Arabia’.

The moment the ghost of Patrick Swayze appears to grieving Demi Moore is emotionally deepened by Jarre’s themes featuring strings and horns. Many of the themes he composed for this movie feature something a little unnerving, such as the percussion almost hidden in the secluded corners of the ‘Ghost’ track. With the Righteous Brothers’ ‘Unchained Melody’ headlining the soundtrack CD, you might miss the interview with Maurice Jarre tucked away on track 11. Enjoy.

DISCLAIMER: Please note that TheMusicTeach.com does not own any of the artwork, the movies, characters, or music discussed here and such are the properties of their respective studios and owners.

href=”https://www.bloglovin.com/blog/14573073/?claim=xm4tgqabut6″>Follow my blog with Bloglovin 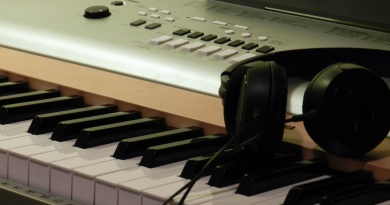 Here’s How To Use Music For Stress Relief 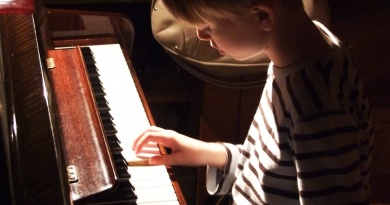